Skip to main content
To provide you with the best experience, Narita Tobu Hotel Airport uses its own and third-party cookies on its website for technical, analytical and marketing purposes. By continuing to browse our site, you are agreeing to our use of cookies. Please consult our Cookie Notice for more information. 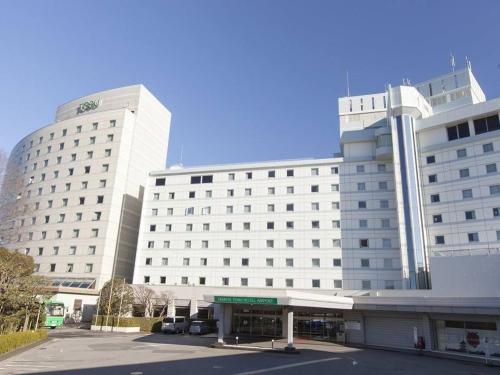 We arrive by hotel free bus to Narita Airport in about 5-10 minutes! In busy morning, you can leave slowly.

It is convenience of approximately five minutes via way general from Higashi Kanto Expressway "Narita" interchange!

-From the downtown area via capital bay-coast express way or 7 size Komatsugawa line (Tokyo and Chiba district road) to Higashi Kanto Expressway.
-As you part from "expressway to airport" in "the area in Narita-shi" at tollgate of Narita Interchange, please advance to "the area in Narita-shi".
-We enter National highway No. 295 according to mark of "Narita Airport, the Tako area" if we pass tollgate, and we turn left at the "Tokko Bridge" intersection that we went ahead through to the airport area for approximately five minutes, and there is hotel immediately.

Parking lot
It is 400 yen per night.
Public transport in the case of the use

It is a minimum period of 36 minutes with Keisei Skyliner from Keisei Nippori Station
(from Keisei-Ueno Station a minimum period of 41 minutes)
It is approximately 95 minutes by Keihin Electric Express, Toei Asakusa Line direct communication, access limited express from Haneda-Airport Station
From Tokyo, Shinagawa, Shinjuku, Yokohama Station, it is about 60-95 minutes by Narita express

-When it is moved on foot between the second terminal - third terminals, please use access passage (approximately 630m).
About movement between JR Narita Station / Keisei-Narita Station - hotel